Last week, while visiting with Thelma Frisk, we learned that all seven of her brothers enlisted in a branch of the United States Military. Three of the seven brothers: Wayne, Ray and Richard served during and following WWII. Right before we parted ways, we learned that when Richard enlisted in the Army, he took his family by surprise, and four years later, would take the country by surprise when in March of 1950, he landed in Ripley’s Believe It Or Not®.

Read the whole amazing story in the Herald. 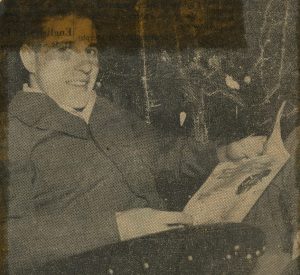