“Sophia Anderson-Parent, Ann Elton’s mother, graduated from Ortonville High School in 1934 and went on to pursue a career in nursing. She trained at St. Andrews Hospital in Minneapolis and received her RN at the University of Minnesota. But instead of settling down and working in a local hospital, Sophia joined the U.S. Army Nurse Corps and was sent to Denver, where she worked for two years.
Where one’s career leads them one can never be certain. But when Sophia was sent to Schofield Barracks at Honolulu, Hawaii, I’m guessing she was looking forward to enjoying the tropical destination on her days off and never imagined that she would be a part of one of the most devastating days in American history.
Pearl Harbor, Honolulu is anchored in the Pacific Ocean, roughly 2,000 miles from the U.S. mainland and 4,000 miles from Japan because of its location, the navel facility at Pearl Harbor was relatively undefended. No one believed Japan would start a war against America with an attack on the distant island. So imagine Sophia and everyone else’s heart sinking surprise, when Japanese planes filled the sky the morning of Sunday, December 7.
At about 7:45 a.m., twenty planes came either up the channel or low over Hickam field, passed immediately over and to the channel side of the hospital buildings where Sophia had worked the p.m. shift the afternoon before and was now enjoying her day off.”

This was just a taste … Don’t miss this story, by the Herald’s Jen Miller. 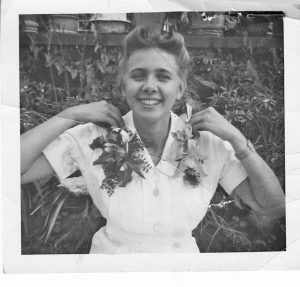